Roderick Johnson is a LGBTQ activist and public speaker living in Dallas, Texas. He first drew national attention as the survivor of horrendous torture in a Texas prison. In coming forth to share his story, Johnson rang a national alarm about the state of our penal systems.

Johnson describes that growing up in a small, conservative town in rural Texas, sexual orientation was something that was never discussed — especially in his Black, church-going family. But now Roderick Johnson is very vocal and he is making sure the LGBTQ+ community is included in conversations about life in Texas. 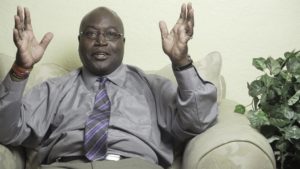 Johnson, who was formerly incarcerated at the James A. Allred Unit in Iowa Park, Texas, filed suit for discrimination and inhumane treatment while incarcerated. It became a legal first in 2004 when an appeals court ruled that Texas prison officials can be sued for discrimination based on sexual orientation. Since then, Johnson has argued that people in the prison system — particularly LGBTQ+ people within the system — are a population who remain largely ignored.

Johnson speaks a lot about the intersections of discrimination against LGBTQ+ people and people of color, and how that can have adverse effects on all aspects of life — from housing, to mental health. He has also been focused on supporting LGBTQ+ homeless youth, whom he fears have few resources in supporting any mental health concerns.

“Here in Texas, our jails and prisons has became the biggest treatment centers. There, more treatment for the mentally ill is being funded than it is within our own community.” 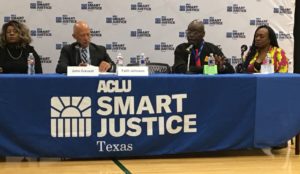 Johnson, now part of the ACLU of Texas’s Smart Justice Campaign, continues to advocate for more resources for LGBTQ+ adults and youth who are facing complex problems. Much of his work is focused on finding alternatives to incarceration.

Roderick Johnson intends to change that.