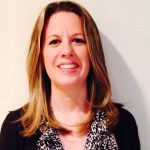 Melissa B. Brisman graduated Valedictorian from the Wharton School of Business at the University of Pennsylvania and graduated with honors from Harvard Law School. She is an attorney admitted to practice in Massachusetts, New Jersey, New York, and Pennsylvania, and is a licensed certified public accountant.

As a mother, Melissa is uniquely qualified. She understands the emotion and concern involved in creating a family and, as a lawyer, has successfully won many cases in this field. She has helped protect the rights of hundreds of parents who have had miracle babies using all available reproductive technologies.

Melissa has been a keynote speaker at numerous events and organizational activities and for prestigious institutions across the country, including the New Jersey Society for Reproductive Nursing Specialists, the American Society of Reproductive Medicine, Cornell Hospital and the Donor Egg Conference held each year in Charleston, South Carolina. Melissa has also served as a faculty member for the 2010 International Nursing Conference on Reproductive Health & Infertility. Melissa is a Notable Contributor for GayParentstoBe and has served on the Boards of the American Fertility Association (AFA)/ Path2Parenthood, Fertile Dreams, and Conceive Magazine and has also been the legal advisor and a Board Member of Parents Via Egg Donation (PVED) and the LIVESTRONG Fertility Advisory Committee. Melissa is a professional member of Resolve, AFA, the American Bar Association-Family Law Section-Reproductive and Genetic Technology Committee (ABA), the Organization of Parents Through Surrogacy (OPTS), The Embracing Hope Scholarship Committee, the American Society of Reproductive Medicine (ASRM), and the American Academy of Assisted Reproductive Technology Attorneys (AAARTA).

Melissa was the recipient of the 2015 Infertility Hero Award and 2004 Star of Resolve Award. She is a chapter author of Reproductive Medicine Secrets by Zev Rosenwaks, Fertility Preservation in Male Cancer Patients by John P. Mulhall, and Principles of Oocyte and Embryo Donation by Mark V. Sauer. In 2006, Melissa B. Brisman’s law firm, Melissa B. Brisman, Esq., LLC was named as a finalist for the prestigious 2006 Forbes Enterprise Award. Melissa is also the author of numerous articles on the subjects of gestational carriers and reproductive law.

Bruce has also served as an adjunct professor of law at Suffolk University Law School and Northeastern University School of Law, teaching the law of assisted reproduction technology at both institutions. Before focusing on this area of law, Bruce became a parent through assisted reproduction (specifically, gestational surrogacy with egg donation).

Bruce is a graduate of Northeastern University School of Law, which he attended after spending over a decade as a business management consultant. He has been named a Rising Star by Super Lawyers every year since 2014. Bruce is active in the ABA's committee on assisted reproduction.

Nidhi Desai practices both in adoption and in the areas of gamete donation, embryo donation and surrogacy; her emphasis is in the area of collaborative reproduction. In 2004, Nidhi worked closely with Illinois House Representative Barbara Currie in a successful legislative effort to enact “The Gestational Surrogacy Act”, the first law of its kind in the nation to recognize the enforceability of contracts between parties in gestational surrogacy arrangements. In addition to being one of the principal authors of the Gestational Surrogacy Act, she testified on behalf of the Illinois State Bar Association in front of both the state House and Senate judiciary committees and was instrumental in gaining unanimous support for this legislation.

Nidhi served on the Leadership Council of the Illinois local area affiliate of RESOLVE. She has been accepted as a Fellow of the American Academy of Adoption Attorneys and the American Academy of Assisted Reproductive Technology Law Attorneys and is a member of the American Society for Reproductive Medicine. On behalf of RESOLVE of Illinois, she has co-coordinated and taught “The Nuts and Bolts of Collaborative Reproduction,” a one-day seminar that highlighted the psychological, medical and legal issues involved in family building through assisted reproduction.

Nidhi has been appointed to and currently serves on the Illinois State Bar Association’s Genetics and Human Reproduction Task Force, formed to examine and develop policy recommendations for the myriad of issues that arise surrounding these new technologies. Her peers have also selected her as a member of the Leading Lawyers network by her peers.

Nidhi authored the chapter on surrogacy and assisted reproduction for the Illinois Institute for Continuing Legal Education (IICLE) Practice Handbook on Illinois Adoption Law, and has been appointed to several committees throughout the years to provide education and recommendations to the U.S. Department of Health and Human Services regarding federal embryo donation policy. She is a frequent speaker on infertility legal issues, both locally and nationally, addressing medical and legal professionals including the American Society of Reproductive Medicine and The American Academy of Adoption Attorneys. Nidhi obtained her undergraduate degree from Washington University in St. Louis. She then received her law degree from Loyola University Chicago, where she served as an articles editor for the Loyola Annals of Health Law. 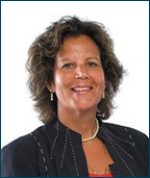 Victoria T. Ferrara, Esq., has been practicing law in the area of assisted reproductive technology for over 20 years. She brings to her practice years of experience in litigation and family law, and she has represented many clients in all aspects of assisted reproduction law. Attorney Ferrara's clients come from around the world as she has represented intended parents from South America, Asia and Europe as well as numerous clients in the U.S.A. 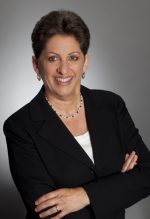 Ms. Goodman is an A-V rated attorney by Martindale-Hubbell. Ms. Goodman was also selected as a Super Lawyer by Los Angeles magazine for 2009 through 2018. Ms. Goodman is the author of the parentage chapter of Practice Under the California Family Code published by CEB. She received her J.D. from the University of La Verne, School of Law in 1984. She received her M. A. in depth psychology from Pacifica Graduate Institute in 2014 and is currently a PhD. candidate.

Ms. Goodman is a frequent lecturer and speaker at Bar Associations and Community organizations. She has taught CEB classes and other continuing education classes on various family law issues including child custody, domestic partnership, parentage and same sex marriage. 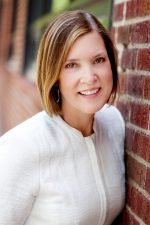 The Law Office of Judith A. Hoechst

Judith Hoechst's law practice is devoted to reproductive law. A former pediatric and neonatal intensive care nurse and medical malpractice attorney, she changed the focus of her law practice to assisted reproductive technology (ART) law after a gestational surrogate carried her son in 2004. Experienced in drafting and reviewing surrogacy contracts, egg/sperm/embryo donation contracts, obtaining parentage orders, and acting as liaison between intended parents and birth hospitals, she works diligently with her clients so that the legal process of each ART journey is completed with confidence. Judith has been admitted to the State Bars of Ohio, New Mexico and Colorado. 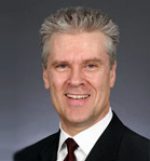 At the International Assisted Reproduction Center (IARC®) we have extensive knowledge and experience in the field of surrogacy and ovum/egg donation. Our agency's procedures are based on over 1,000 surrogate and ovum/egg donor births.

Our agency handles all aspects of each assisted reproduction program, whether it involves an ovum/egg donation, a surrogate or both. We work closely with each client to ensure arrangements are customized to meet the specific needs of prospective parents, surrogates and egg donors. Our agency assists clients in regard to gestational surrogacy, traditional surrogacy, ovum/egg donation and the screening and selection of surrogates and egg donors.

Ishi Kunin is the owner of Kunin Law Group. She has earned an AV rating from Martindale-Hubbell and has practiced solely in the area of domestic relations and probate for over 30 years.

Ishi has been a Fellow with the American Academy of Adoption Attorneys for over 20 years. She has an active practice representing both birth parents and adoptive parents, and has completed many interstate, as well as some intercountry, adoptions. Ishi also takes an active interest in promoting adoptions and guardianships in the same sex community to allow children to remain with the intact family that they know and love and who, in turn, serve these children’s best interests. Her practice has expanded into the area of Assisted Reproduction, and she is a Fellow with the American Academy of Assisted Reproductive Technology Attorneys.

In addition to her professional and social affiliations, she has spoken statewide in many forums on adoptions, terminations, domestic partnerships and mediation. 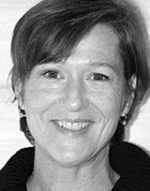 Megan Cohen is the only adoption attorney in the country who is also a birth mother. Admitted to the bar in January 2010, Megan began working with Diane Michelsen, her mentor, that same year and they became business partners in 2011. She took over the firm in 2013 and has received Super Lawyers’ Northern California Rising Star award every year since. Megan graduated magna cum laude and first in her class from law school where she earned multiple awards for academic excellence. As a law student, she worked as an advocate for victims of domestic violence. Prior to studying law, Megan was both a successful small business owner and a high school English teacher.

Megan's passion for adoption began when she placed her son for adoption in 1988. She continues to have an open relationship with her adopted son and his parents, and has intimate knowledge of what it means to place a child, to choose the child’s parents, and to both stay connected and reunite with the adopting family.

Adoption isn’t right for everyone, but it can be the best option for you. You can send Megan your questions about adoption or ask for more information. Your communication with her is always confidential, and you’re never under any obligation to do an adoption. This site is all about educating yourself to make the best choice for you and your baby. helpwithadoption.com