The Never-Ending Stigma of HIV

The Centers for Disease Control and Prevention (CDC) estimate that more than 1.2 persons in the U.S. aged 13 years and older are living with HIV infection, including 150,000+ (almost 13%) who are unaware of their infection. Over the past decade, the number of people living with HIV has increased, while the annual number of new HIV infections has remained relatively stable. Still, the pace of new infections continues at far too high a level—particularly among certain groups. We know what causes HIV and how to prevent transmission. So why are we still seeing so many new cases?

When Charlie Sheen announced last week that he was HIV positive, it was surprising to many Americans that a heterosexual man – especially one celebrated as such a notorious womanizer – could contract the virus. Isn’t HIV/AIDS a disease prevalent in gay men and intravenous drug users? Or among mothers and babies in Africa without access to healthcare? Isn’t the HIV “plague” over in advanced America? Obviously, some of Mr. Sheen’s friends realized they could make money from the stigma continuing to surround HIV in this country. Read some of the comments about his announcement online, and you can understand why. 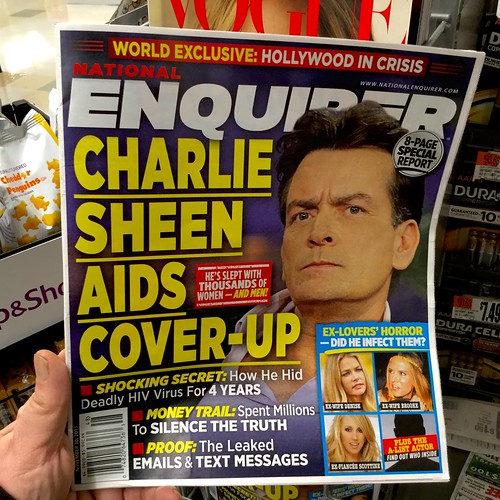 Shockingly, Americans are still not talking about HIV – especially in parts of the country where cultural conservatism drives the conversation. Laws and policies that criminalize HIV behaviors, lack of financial resources, insufficient supply of HIV care providers, and abstinence-based sex education are key factors in causing the increased incidence of new infections. The first hurdle will be to confront the reluctance of American society to openly confront issues surrounding sexuality and STDs. Until then, the stigma surrounding HIV continues.

Today, advances in antiretroviral therapy treatment allow people living with HIV (PLWH) to manage it as a chronic disease. Once a death knell, HIV treatment has progressed to the point where PLWH can realistically plan to live into their 70s. This prospect of a normal lifespan has allowed many individuals and couples affected by HIV to think about planning families. And medical protocols developed over the last 10 years now make it possible for PLWH to safely have genetically linked children.

For the last two years, Path2Parenthood has been working – with annual grants from the Elton John AIDS Foundation – in the Southern U.S. to educate PLWH and their healthcare professionals about their reproductive options. We want PLWH to ask the right questions about their health and to get counseling before they consider conceiving a child. It is also our hope that through education and outreach about HIV and parenthood options, we can go one step further in preventing new infections and normalizing the conversation.

So let’s talk about HIV. Let’s not shame Charlie Sheen and others who “come out” and admit they are living with the virus. HIV transmission can be prevented. But if an individual is infected, with proper adherence to treatment he or she can a live a happy, normal life. And with the right care, have a happy, normal family!

Meredith Carr manages grants for Path2Parenthood. A marketing professional and writer, Meredith has specific expertise in the healthcare and nonprofit sectors. For the last two years, she has directed P2P activities in Tennessee and Virginia, funded by grants from the Elton John AIDS Foundation. These grants support P2P’s “Dreams to Reality” program, focused on educating healthcare providers and people living with HIV in the South about their reproductive options.

As a marketer, Meredith develops communications and outreach programs for healthcare organizations that help them connect with their key stakeholders. As a nonprofit project manager, she brings deep experience in nonprofit board work to help organizations fund and execute key projects. Meredith holds an MBA from the Massey School of Business at Belmont University and has taught as adjunct faculty at the college level.

In addition to her marketing and consulting activities, Meredith continues to volunteer and to mentor young adults. Meredith and her husband, Vince Melamed, a composer and voice artist, live in Los Angeles, but she will always call Nashville home.