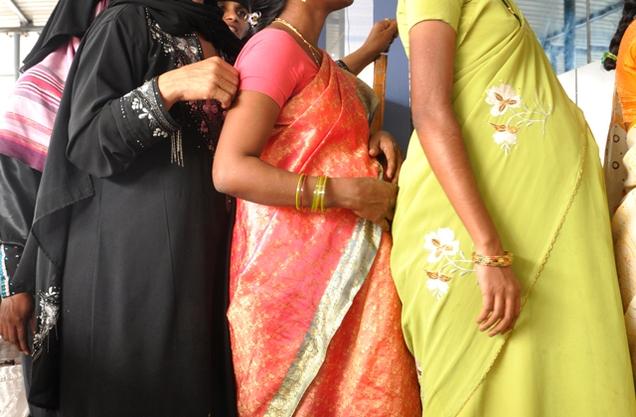 Surrogacy in India is now only available to those who have been married for a minimum of 2 years.

Therefore those married for less than that time, or living together as a couple, same sex couples or single intended parents are excluded. Those who are married but in a same sex relationship are also excluded.

The policy was put in place in July 2012 but only became publicized in late October 2012 and enforced by Christmas 2012. Therefore, there were some intended parents caught in the net who did not meet the new criteria but had commenced surrogacy in the intervening period. Those intended parents generally have been able to proceed with surrogacy and be able to bring the babies to their home country. However, some agencies did not tell intended parents of the change in policy. Money was paid and embryos created. There has not been too great a difficulty in having those embryos exported from India in all of the circumstances.

India has had an ART Bill in progression in one form or another since 2008, but it has never been enacted. The current 2010 ART Bill does not discriminate.

The change was not by legislation but by delegated legislation. The policy position taken by the Indian Government was in part caused by gay couples who were unable to take their children home to Western Europe.

The Indian Government took a policy position that only heterosexual married couples provided the security necessary for the upbringing of children and therefore the other groups cohabiting couples, same sex couples and singles did not provide the same level of security to enable children to thrive.

Recently we have seen the overturning of anti-sodomy laws in India and then the reversal of that decision, reinstating those laws. It is unlikely that those laws have had much of an impact on the issue of surrogacy. As far as I am aware no gay couple who have been to India for surrogacy have ever been prosecuted for sodomy or "unnatural" offences.

The requirement now in India now is to obtain a surrogacy visa and this in turn requires a letter from the home country to say that surrogacy is legal back home and that the child will be able to return home. Countries such as the UK, Australia and I believe the United States have all prepared form letters to assist their citizens in obtaining the surrogacy visas.

The issue that I am constantly being asked by clients if they are eligible to undertake surrogacy in India is: what next? The worry of clients is inevitably that the Indian Government will in an arbitrary manner seemingly change the rules yet again.

The impact in Australia (Australians being the highest per capita users of international surrogacy) has been the dramatic growth in other options for surrogacy in particular Australians undertaking surrogacy in Thailand. Thailand has talked of regulating and/or outlawing commercial surrogacy but that has not yet come to pass. Thailand does not discriminate against singles, co-habitating couples or same sex couples but the surrogate will be shown on the birth certificate as the mother so that one of the advantages in India whereby the surrogate and her husband were not shown on the birth certificate that is not available in Thailand.

Stephen Page is a partner of Harrington Family Lawyers, Brisbane. He was admitted in 1987 as a Solicitor and has been an Accredited Family Law Specialist since 1996.