Can Holiday Cheer Hinder your Fertility? 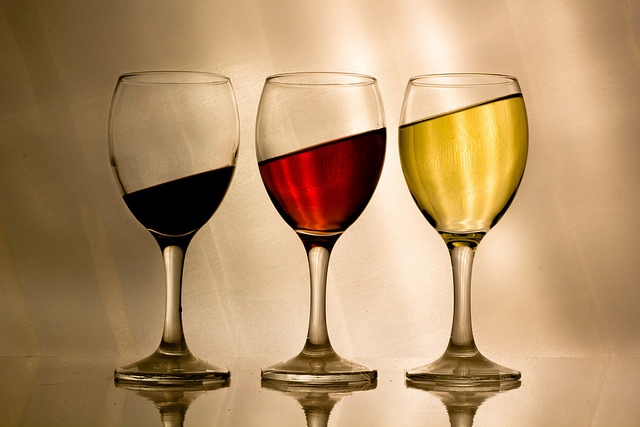 As I write this, it’s the start of the holiday season. Some would say it’s the most wonderful time of the year and I would agree, except for the encouragement to do everything in excess. It starts with early commercials from car dealerships and jewelry stores, leading people to believe it’s necessary to buy extravagant gifts, in order to have a joyous holiday (I’m still waiting for my Lexus with a red bow). Then come the food and liquor companies’ ads, promoting their views on how holiday cheer should look and feel. Generally, that picture looks like a cocktail in hand, and a huge table of food nearby, to accompany it. Before I go any further, I want to state that I’m not trying to be the Grinch who stole Christmas, but I find that now, more than at other times of the year, drinking becomes much more prevalent, and acceptable. For example, I received a text from my neighbor: “Feel free to swing by for a glass of wine! We’re drinking all day!” If you’re curious, I didn’t go, as that certainly didn’t sound like a “glass of wine” type of invitation.

In the “pre-pregnant” stage of life, it’s hard to say no when you’re not yet pregnant. Or, you may be in the two-week wait, and don’t want to disclose to your grandmother that you may be pregnant soon. If you are new to pre-pregnant terminology, as referred to in the book, “It Starts with the Egg,” this means “protecting your eggs the way you would protect a growing baby if you were pregnant.” So, what's a hopeful mom to do?

Let’s start with what moderate, and excessive drinking looks like. According to the Centers for Disease Control [CDC], moderate drinking is defined as up to one drink per day for women, and up to two drinks per day, for men. Excessive, or heavy drinking, is defined as eight drinks or more per week for women, and 15 drinks or more per week, for men. The CDC also recommends that women who are, or may be pregnant, not drink alcohol at all. Oddly, there is no mention that men should not drink while trying to father a child, even though studies indicate that alcohol consumption decreases sperm count, sperm motility, and fertilization rates. Not to mention the oxidative stress alcohol causes throughout the body.

And of course there's the issue of size, in our oversized culture. If you’re like the pre-research me, you may not have a clear understanding of what one drink actually looked like, because the glass typically given at a restaurant or bar is huge, so let me describe. A standard drink is defined as12 ounces of beer (5% alcohol content); 8 ounces of malt liquor (7% alcohol content); 5 ounces of wine (12% alcohol content); or 1.5 ounces or a “shot” of 80-proof (40% alcohol content) distilled spirits or liquor (e.g., gin, rum, vodka, whiskey). Now that we understand what moderate and excessive drinking looks like, and what a drink size actually looks like, I was curious if it was okay to have drinks in moderation on my pre-pregnant journey. What I found was quite clear to me. See what you think about these five different studies:

In my personal research on hormonal health, and its connection with the gut, I’ve found that alcohol is an inflammation-causing agent. This means that alcohol can inflame the intestinal track, and hinder nutrients from being absorbed properly. So, if you’re trying to conceive it may be best not to interrupt this process whenever possibly, as being deficient in nutrients can negatively impact upon pregnancy, and pregnancy potential.

After researching the issue, it’s become quite clear to me that steering clear of excessive drinking is important while trying to conceive, whether it’s with assisted reproductive treatment or not, and of course, giving it up while pregnant. Unfortunately, because of the social pressures of the holiday season, avoiding it may be more difficult.

So here's my trick. It works every time! Have sparkling water in a glass with a lemon or lime wedge. Most people will think you’re drinking a cocktail.

I wish you the best of luck on your journey, and happy holidays!


Diana Zic is a Health and Wellness Coach specializing in fertility health, Yoga Instructor (RYT) and Prenatal Yoga Instructor (RPYT) in Chicago, Illinois. Struggling to start her own family, she has devoted herself to learning how our lifestyles can affect our fertility health. She has made it her mission to help individuals with fertility challenges get balanced in their bodies so they can be in the most healthful place while trying to conceive.