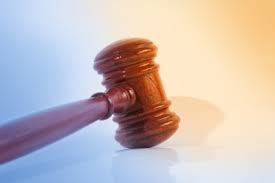 On January 22, 2015, the United States Tax Court held that an egg donor's compensation, despite being characterized as "pain and suffering," is not excludable from income but is taxable, gross income, as defined under the IRS code ("I.R.C."). The full opinion can be accessed here.

Nicole Perez, the petitioner in this case, underwent two egg donation cycles in 2009. Perez was matched with intended parents through The Donor Source, an egg donor agency and received compensation of $10,000 for each donation, for a total of $20,000 during that year. Each agreement stated that the donor's compensation was for her "time, effort, inconvenience, pain, and suffering in donating her eggs."

Prior to its tax analysis, the court was very clear in stating it was not considering any ancillary issues, such as whether human eggs are capital assets or how one would characterize basis or gain from the sale of body parts, as this donor was clearly compensated pursuant to a services contract. Therefore, those questions were not relevant to the issues before the court.

The petitioner argued that the income was not taxable because it fell under an I.R.C. Code exclusion for income. That exclusion, Section 104(a)(2) of the I.R.C. excludes from gross income the amount of any damages received on account of physical injuries or physical sickness (Sec. 1.104-1(c)(1), Income Tax Regs.) However, the regulations define damages as "an amount received (other than worker's compensation) through prosecution of a legal suit or action, or through a settlement entered into in lieu of prosecution."

The court considered and rejected the petitioner's argument that the fact that her egg donation involved pain and suffering made it subject to exclusion from income. It went through a careful analysis of the contracts she signed and the scope of Perez's consent to the necessary procedures involved in an egg donation. The court in fact, specifically acknowledged that the process undoubtedly involved painful elements. However, it also noted that although Perez had a "legally recognizable interest against bodily invasion," she chose to specifically consent to that very invasion for payment.

Analyzing the relevant precedent, the court found that while she may have had a claim for damages if her injuries had exceeded the scope of her consent, the injuries she suffered were within the scope of procedures to which she consented in exchange for her compensation. Her pain was a byproduct of performing a service and her payment was compensation for those services. The court made the observation "We see no limit on the mischief that ruling in Perez's favor might cause." It went on to observe that under the petitioner's argument, a professional boxer might argue that some percentage of income could be excludable due to any injury he may endure.

The court therefore held that compensation for consensual performance of a service contract is not "damages" as defined under I.R.C. section 104(a)(2) and is therefore part of petitioner's gross income.

Nidhi Desai is an attorney at Ballard, Desai & Miller, an adoption and reproductive technology law firm in Chicago, IL