Diabetes and Male Infertility: What Are the Concerns?

Diabetes is a worldwide epidemic with significant impacts on multiple aspects of men's health. 3.5 in every 1000 reproductive aged men (18-45 years old) in the United States are living with diabetes 1. While it is true that many Americans are aware of diabetes' impact on cardiovascular, renal, ophthalmologic, and neurologic health, many do not know that it can also negatively impact fertility. This occurs through a number of ways including: erectile dysfunction, ejaculatory dysfunction, hypogonadism and semen abnormalities.

Diabetes is a well-known risk factor for developing erectile dysfunction. Diabetes affects the nerves and blood vessels throughout the body, including those that supply the penis. Damage to the nerves can cause decreased sensation and arousal, while the decreased blood flow to the penis can lead to difficulty achieving or maintaining erections firm enough for a satisfactory sexual encounter 2.

Ejaculatory dysfunction is another problem encountered among men with diabetes. Normal ejaculation is essential to allow for deposition of semen into the female reproductive tract, where male sperm can then fertilize a female egg. Damage to the nerves from long standing diabetes can cause a failure of the mechanism that propels sperm forward. This can allow sperm to go backwards into the bladder rather than out through the penis and is called retrograde ejaculation. In some cases, there is a complete absence of ejaculation, known as anejaculation 4.

Treatments for retrograde ejaculation usually consist of oral medications such as alpha agonists, anticholinergics, and antihistamines that prevent semen from going backwards into the bladder during ejaculation. If oral medications fail, then semen can sometimes be extracted from the bladder after ejaculation for either artificial insemination or in vitro fertilization. The sperm quality can be optimized by increasing the pH of the urine with sodium bicarbonate or other agents. For men that have complete absence of ejaculation, treatments typically involves procedures to harvest the sperm such as penile vibratory stimulation, electroejaculation, or epididymal or testicular sperm extraction 4.

In addition to ED and ejaculatory dysfunction, diabetic men have been shown to have a higher chance of abnormalities within their sperm such as decreased number of sperm per ejaculate, decreased motility, increased number in abnormal sperm shape and a decrease in sperm DNA integrity 5. Hormonal abnormalities, such as low testosterone, which are common in diabetic men may also affect libido or worsen erectile dysfunction 5.

While treatments are available to directly address the infertile male diabetic, the best management is tight control of blood sugar levels. This is true regardless of the cause of infertility (ED, ejaculatory disorders or hormonal abnormalities). Control of diabetes generally includes daily exercise, eating foods with low glycemic indexes, oral hypoglycemic agents, insulin and close follow up with your physician. In cases where preventative treatment has failed, men suffering from infertility should be referred to a specialist for workup and treatment. 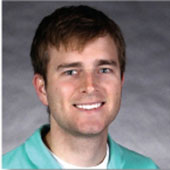 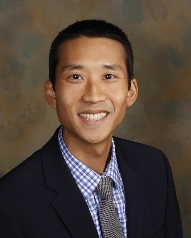