In stark contrast, the adolescent HPV vaccination rate in Australia is about 85%[3], resulting in the claim that the incidence of cervical cancer has been virtually eliminated in that country[4].

We have a ways to go.

The cost of the vaccine is often raised as a barrier to its use. The HPV three shot regimen costs approximately $500. However, under the ACA (Affordable Care Act), private insurance plans must cover the HPV vaccine without a co-pay. The majority of adolescents in the target age range for the HPV vaccine are covered by private health insurance. A number of federal programs for low income individuals also cover HPV vaccination. There is a gap in HPV vaccine coverage, but the majority of adolescents are provided coverage free of charge. Presently, 21 states and D.C. have laws that either require HPV vaccination for school entry, provide funding to cover the costs of the vaccines, or support public education about HPV and the vaccine. D.C. and Virginia require the vaccine for girls to enter the sixth grade, but allow parents to opt out of the requirement due to medical, moral, or religious opposition.[6]

Parents and providers in the United States are both woefully uneducated about the importance of the HPV vaccine, in part because of the absence of any robust national educational campaigns to promote it. As a result, individuals who are opposed to vaccines for a variety of baseless reasons have managed to monopolize the public discussion about the HPV vaccine. While studies have shown that many parents are not even aware of the vaccine and that many that do are concerned about its safety[7], studies also indicate that health care providers are the greatest barrier to higher vaccination rates[8]. A recent study has also shown that when providers receive "push back" about the vaccine from parents they withdraw from the topic rather than take the opportunity to educate the parent.[9] Apart from health or religious concerns, some believe that administration of the HPV vaccine will somehow encourage risky sexual behavior, despite recent evidence that demonstrates the opposite in females who have been vaccinated[10].

The Partnership for Male Youth has recently announced its role in coordinating a national campaign to address this issue. Supported with independent educational grants from Merck, three organizations, the American Sexual Health Association, the Healthy Teen Network, and the School Based Health Alliance will launch unique campaigns to address parents and providers about the importance of all child and adolescent vaccines, including the HPV vaccine. It is a small start, but at least a start, toward a comprehensive approach to addressing an appalling lack of understanding about this important issue. 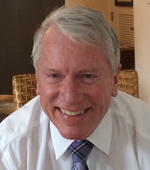 Mr. Barbour is the founder and executive director of the Partnership for Male Youth, a national collaboration of 23 health related organizations and six federal agencies. Its most recent accomplishment was the 2014 release of the Health Provider Toolkit for Adolescent and Young Adult Males. He can be reached at dbarbour@partnershipformaleyouth.org or at 202-841-7475